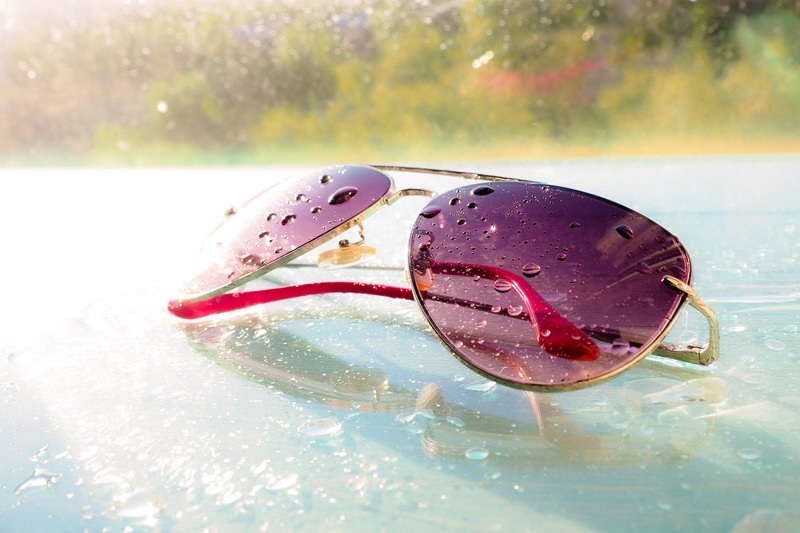 The debate over cheap vs. expensive sunglasses has been raging for years. A lot of people believe that the quality of a $300 pair of sunglasses is superior to a $30 alternative, while an equal number of people believe the difference is negligible. The only way to come to a conclusion for yourself would be to runs some real-world tests.

DIY testing is an intriguing idea. It’s not something most of us would do, given that it doesn’t make sense to invest in multiple pairs of sunglasses just so that you can try to destroy them. But if you were so inclined, an October 2018 article by Gear Junkie’s Josh Wussow has some great ideas.

Here’s how you can test the quality of cheap sunglasses against the more expensive counterparts:

Drop Them on the Ground

Think about all the ways you’ve broken sunglasses in the past. Olympic Eyewear says that people dropping their shades is the biggest culprit. Either they slide off your face due to heavy perspiration or you simply lose your grip as you walk between the house and the car. Your sunglasses go crashing to the concrete only to break on impact.

Your cheap sunglasses test should probably begin the same way. Hold each pair of sunglasses at eye level and then just let go. Make sure to conduct the test while standing on concrete or some other hard surface. Make it as tough as possible for the sunglasses to survive.

Expose Them to Heat and Smoke

The next suggestion is to expose the sunglasses to both heat and smoke. This is based on the idea that most of us wear our shades quite extensively while participating in outdoor, summer activities. That means plenty of warm sunlight, heat and smoke from off the barbecue, and even sparks from July fireworks.

How you go about this test is entirely up to you. You could just fire up your grill and throw a couple of steaks on. Once the cooking starts, stand downwind and let the smoke hit you in the face. Or avoid the smoke by mounting the sunglasses on nearby object. Yes, you can substitute a campfire for the grill.

As for the heat test, lay the test subjects out in the sun for those few hours when temperatures get the hottest. That’s usually between noon and about 3 PM. A pair of cheap sunglasses that can withstand three hours of direct sunlight will not have much problem with heat unless you throw them in a fire.

Expose Them to the Beach

What is the one place you are guaranteed to see sunglasses during the summer? At the beach. So your next cheap sunglasses test would involve taking them to the beach and exposing them to sand and water. Run the sunglasses through the sand to see which lenses scratch the easiest. Spray them with salt water to see how they hold up. Beach conditions will quickly separate the men from the boys, so to speak.

Wussow’s last suggestion is to throw the sunglasses in the dishwasher. This test really isn’t relevant to real-world conditions, so feel free to skip it. Unless, of course, you spend a lot of time with your head stuck in the dishwasher during the wash cycle.

Running these three tests on a selection of cheap sunglasses would be entertaining if nothing else. The test certainly would give you a better idea if quality is tied to price. But remember, you would have to test an equal number of expensive sunglasses as well. Fair is fair.